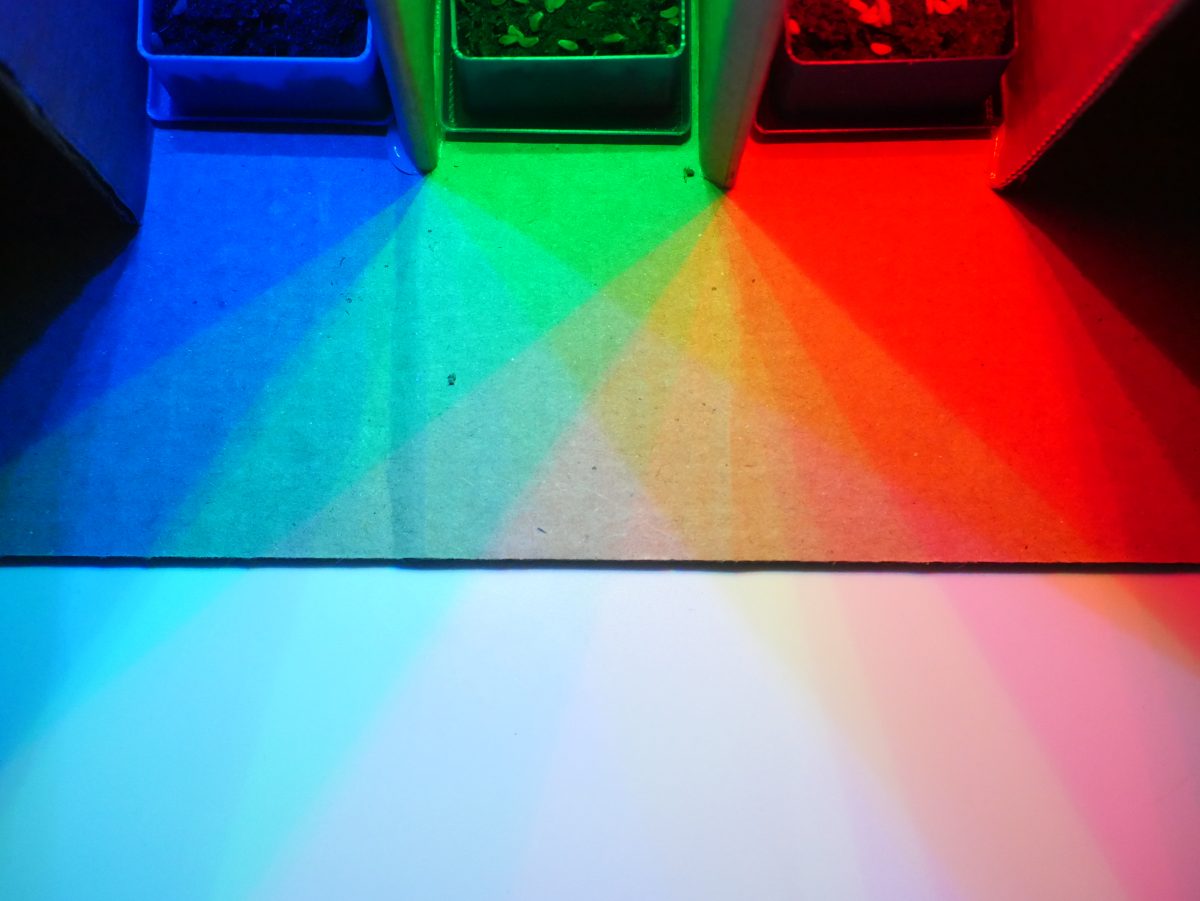 This project is one of the activities that makes up part of the Global STEM Award’s coding route.

In the future, it may be the case that the Human race begins to settle on another planet – probably Mars. We will inevitably need to grow food, as you can only carry so much, and with a journey taking around seven months, emergency rations wouldn’t arrive quick enough!

Scientists are certain that areas of Martian soil do contain the right levels of nutrients to grow plants, but unfortunately the climate isn’t conducive to horticulture. At the height of summer, temperatures near the equator only just reach 20 deg C. Not too bad – but over night they still plummet to an eye-freezing -73 deg C. Just a reminder, this is Summer. At the equator. The warmest part of the planet!

So if growing plants isn’t an option outside, where else can you grow them? Well it would be possible to set up greenhouses, but they would need a lot of protection and heat to keep the plants going. You could also bring the plants ‘indoors’ – setting up growing stations mixed in with living quarters, the environment would already have to be the right temperature, and the plants will assist with air purifying. Another option would be to head deep underground, where geothermal warmth could be used, but then you are posed with another issue – plants need light. Where is this going to come from?

Using the Crumble, along with some Sparkles, we’ve had a look into growing plants under artificial lights. We initially set up a tester investigation to see whether or not there would be a difference, and whether the plants would grow at all! We decided to use some cress as it is easy to grow, and it has a short germination time. We left one pot in the sunlight, another covered up, and another three covered, but with a Sparkle shining inside (one Red, one Green, and one Blue).

Our initial test was very positive, so we have upscaled the investigation. We know that plants grow well in the spectrum of light produced by the sun as they have likely adapted themselves to do so. But there is a question as to whether they prefer a certain colour of light. We are going to look at how well cress grows under different colours of light.

Our first step was to create an open-fronted enclosure for the pots (which we’ll come to later). As we wanted to grow a larger amount of cress, we have used two Sparkle Batons, but if you wanted to do this on a smaller scale, with lots of groups, you could easily use some paper cups and individual Sparkles. The spacing was set so that there were two Sparkles lit with each colour, on each baton, so four in total. This means that there are two unused Sparkles on each baton. The Sparkle Batons are loosely held in place, with a piece of card and some split pins. This is enough to prevent it moving.

Once we had our container made, we decided to draw and 3D print some custom pots and water trays, to get the most out of our growing space. We filled these with some damp compost, and sprinkled 0.2g of seeds across each one.

We then put the filled pots into our divider, and connected our Crumble. The code running on the Crumble isn’t too difficult. Put simply, we are turning on the Sparkles we need, to the colours we want. After a set amount of time, we turn them off (to simulate night time) for another period of time. The amount of time that we wait is determined by how many hours we want the Sparkles to be on for.

Once set up, we switched on the Crumble and waited. During the course of the investigation, we routinely inspected the plants and made sure that they hadn’t dried out. It is worth noting that we set up our test in a dark cupboard, to make sure that we were only using the Sparkles as a light source.

We had a go at capturing the first few day’s of growth. Each fade represents the night time and is shortened as you cannot see anything!

When the seed is in the soil, you don’t get to see the moment it germinates, so we thought that we would have a go at capturing that moment. Notice how the seed swells as it hydrates, before it splits open and starts growing.

Which worked the best can be difficult to determine – you cannot just go by a plant’s height. When a seedling doesn’t get enough light, it rapidly grows taller, in search of light (often described as leggy) and it takes on a rather yellow colour. A healthy cress plant shouldn’t be floppy or spindly, and it shouldn’t have any yellow tinge to it at all. In fact, working out which is best is rather subjective, but the easiest way is to see which one ‘looks the healthiest’.

To work out which colour of light was the ‘winner’, we took into account the height of the plant and looked at how green the leaves were. We took a picture, with no filters or effects, and in natural daylight, which we then uploaded into an image editing program. Using the software, we used the colour picker to work out the green RGB level . By taking an average of 4 different leaves from each section, we got the following results: Green – 87.25; Blue – 95.25; and Red – 130.25. This tallies with our visual analysis – which pretty much tied the Red and Blue plants. Unfortunately, we have ended up with a large amount of soil on top of the Red cress, making it harder to see.

From our first investigation, with only a few seeds, we found Blue light to be the best, and Green to be the worst. So the common result that we have found is that Green is the worst light to grow under.

This isn’t the only way you could combine plant growing with the use of Sparkles. You could try combinations of colours, more/less ‘night’ etc. You could even use low-power heating devices like a peltier cell to adjust the temperature of the soil.

1 thought on “Growing Plants Under LEDs”